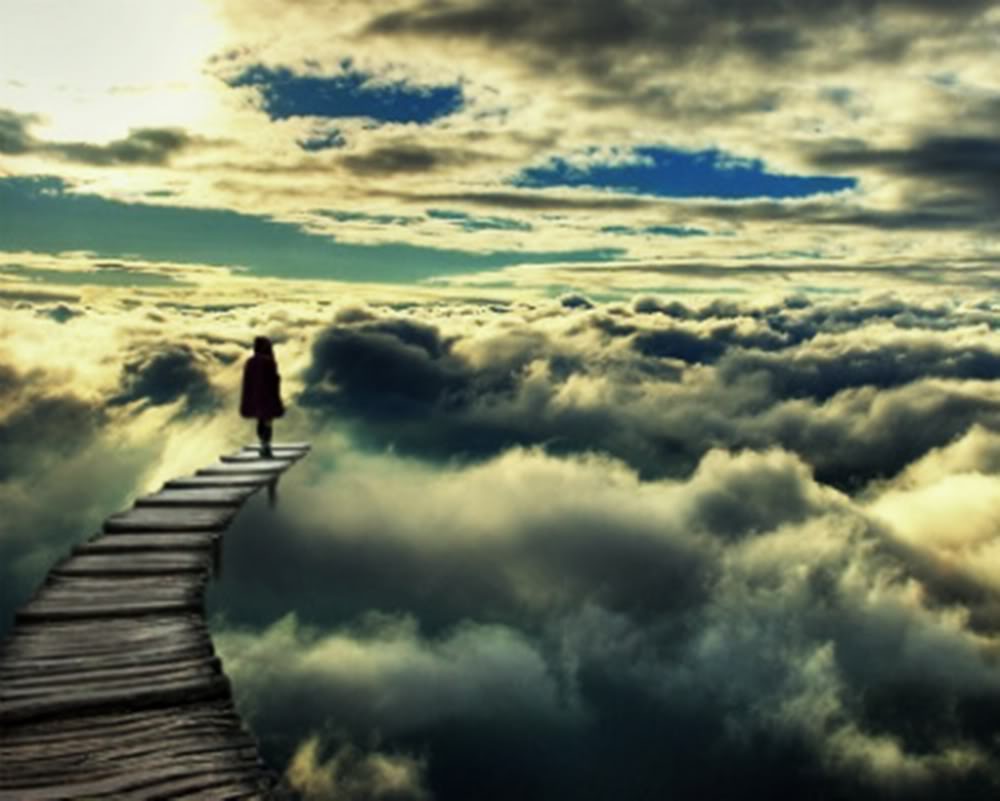 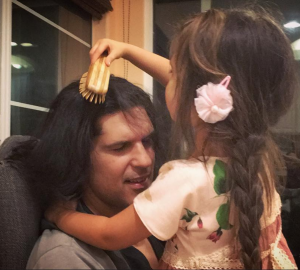 I want to share with you a beautiful moment between my daughter and I. A precious moment that I will not only cherish forever, but that makes one think about life, death, and the existential worlds before and after those events.

When I was still a grade-school youngster, my mother bought me a children’s book with a message I’m sure she had wanted to communicate to me, but perhaps wasn’t able to articulate it as well as the book did. The book goes through stages of life between a mother and son from the son’s infancy to adulthood and a repeated message of love from the mother to son. On the last page, the mother is dying and the son says the same message of love back to the mother. It’s a lovely sentiment and I cherish that book to this very day.

You see, my mother passed away almost 8 years ago. At the top of the many aspects of her death that tore me apart inside was the fact that I hadn’t given her grandchildren. It haunts me daily that she will never enjoy the laughs of my children. Attached to the pure joy of their laughter is a dark sliver of grief hovering deep inside, lurking within, disallowing the experience of full joy. Oh how I wish it would release.

I tried letting go of this book, but I couldn’t bear to part with it. When my daughter joined this world, as soon as she was old enough to comprehend it, I pulled it out and attempted to read it to her a few years ago. I couldn’t get past page 3 without breaking down into a sobbing mess. I’ve since brought the book out every so often, especially because she asks about it. Each time, I’m able to get a page or two further, but I still can’t get through it without being overcome with tears of pain and grief. 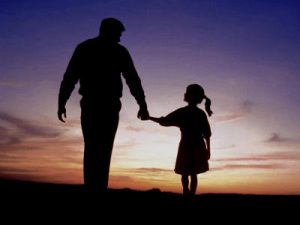 A few days ago she asked to read that book again. It had been awhile since the last attempt, and I was in a peppy mood so I thought I would give it a shot. Sure enough, my lip quivered around page 4 as I tried to hold it back, but about halfway through the book I fell over bawling. My sweet little girl, who turns 4 yrs old today, wanted to know why I was crying. “I miss my mama.” I told her. “Then go and see her.” she said with a matter-of-fact, child-like simplicity. If only…

We’ve tried explaining to her that my mom, her grandma, is “up in heaven” or that she’s “with God” and other nebulously existential descriptions. But it’s such a difficult concept to communicate to a toddler, we’re never sure on what level she’s comprehending. Her insatiable curiosity inevitably leads down some painful roads of conversation, but I do the best I can to give an answer and move on.

This time, however, there seemed to be a deeper level of knowing. She even tried to comfort me, sweetly putting her hand on my back saying, “It’s OK Papa, one day you’ll go to heaven and be with God and you’ll see your Mama.” Of course, this comforting only made my tears gush out harder. I’m crying now as I write this.

Two days later, after breakfast, she sat next to me on the sofa and said one of the most remarkable things I’ve ever heard.

“You know, last night when I was sleeping, your mama came to visit me.”

I hugged her and she went on with business as usual. However, I was left dumbfounded, in awe of this revelation. Could it have been a simple dream and this was her way of communicating that? Sure. But she never met my mom, nor have we watched any home videos or looked at a ton of photos of her yet…mostly because of the pain it causes me. Eventually we’ll get into that stuff, but my point is that she doesn’t really have a frame of reference to just “imagine” or conjur up her grandma in a dream.

Let me get even trippier with this. 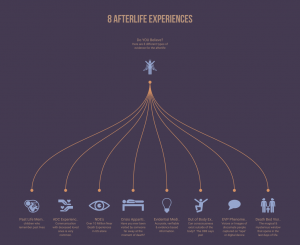 For as far as I can remember, my mother was OBSESSED with N.D.E. or Near Death Experiences as well as Life After Death. She read countless books on those subjects. She watched documentaries, talk show appearances, life after death testimonies. Anything in that realm, she was into it. As she was dying, she told us she would come back and visit us, she was certain of it, not a twinkle of doubt as she expressed it.

Am I saying this is definitive proof of anything? Not really. But it’s yet another signal to me that there are indeed other forces at work that we don’t fully understand, label them in whatever way that floats your boat. Ancient and Indigenous cultures were more plugged into it than “modern” society is now. But there is no doubt in my mind that something special happened here, something difficult to articulate, but we can all sense it’s there. Like those times when you’re in that place between awake and dream, when you’re alone with your thoughts, when you’re staring up at the cosmos, when you think of your friend and they call you, when the song in your head comes on the radio, when you hear stories like the herd of elephants that traveled many miles for 12 hours to pay respects to the “Elephant Whisperer” who saved them years prior and had just passed away, when you feel you’re connected to everything and nothing all at once, that mystical sense that there is more out there than the eye can see. This moment was one of those times.

While I’m eternally sad that my children will never meet their paternal grandma on this plane of existence, I am starting to come around to having solace that perhaps they’ll experience her in other ways. And for the first time in a long time, I enjoyed the laugh of my child with all the joy that comes with it. Was this one last gift from my mom delivered from the other side? I can’t say for sure, but for now, that will do.

Would you believe me if I told you that there’s

Hope everyone had a #MerryChristmas and #HappyHoli

Finally getting to some #Thanksgiving pics! Gratef

Fun #FatherSon excursion today. Got up into the mo

After years of talks, many months of prep & #const

#DIWALI, the festival of light, of new beginnings,

Took the kiddos to see the @stlouisblues the other

#HappyHalloween 🎃👻 While I’m not the bigge