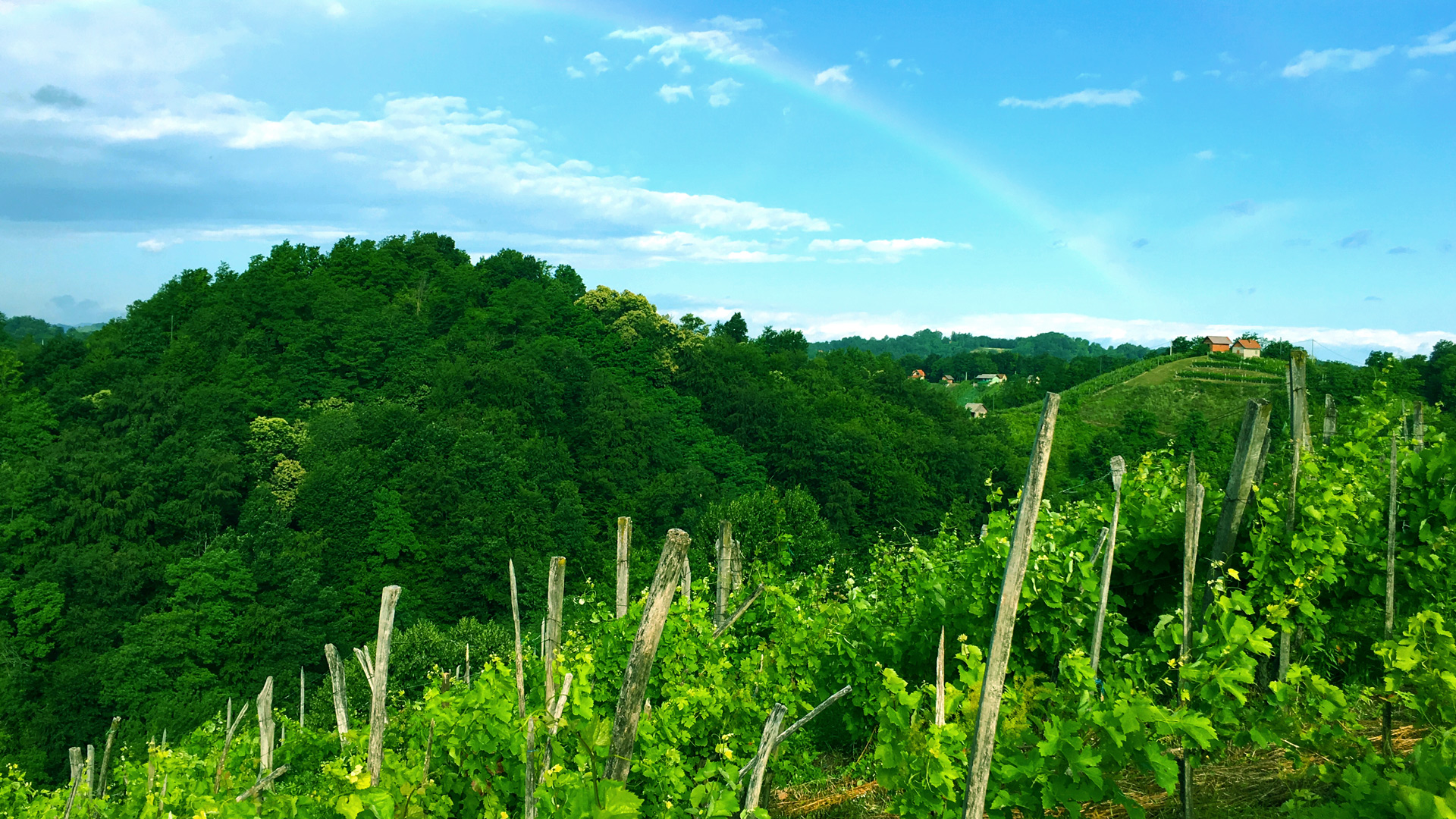 A Genealogical Quest for Identity

A Genealogical Quest for Identity – PART 2 of 2

NOTE: If you haven’t read PART 1, you can read it here

As I hinted at in my PART 1 of this post, I was hopeful that the latter half of this segment of my quest would deliver more fruit in terms of my family history and genealogy research. The trials and tribulations of mining through the nebulous records of a foreign country with only basic understanding of the language have proven difficult, but not as much as the clerical and logistical roller coaster. The amount of hoops one must jump through in order to find a morsel of information is frustrating to say the least.

That being said, it’s still pretty amazing to think that they have records in books from hundreds of years ago that were kept intact throughout the Napoleonic, Venetian, Austro-Hungarian, Ottoman, and Communist rule and occupations. In a land that has been split up, torn apart and put back together again many times in the past several hundred years, it’s a wonderment that one can find any records whatsoever. But alas, here we are in 2016, and I’m about to walk into one of the satellite records Archives offices in Varaždin.

What I quickly learned on my journey is that there are several satellite archive offices scattered around different regions of Croatia which hold archival records from each respective region (roughly pre-1900). Those records go back approximately 50 or 100 years. Anything older than that is stored in the main archives in Zagreb. Incidentally, that’s where my journey started, and might be where it ends too… we shall see.

I woke up in the morning at my Croatian countryside cabin nestled in the vineyard and noticed a drizzle from the sky and one of the most stunning rainbows I’d ever seen, encircling the breadth of the landscape, a multicolor streak serving as a welcome banner to the region of my ancestors. If I was looking for a sign from the universe that I was on the right track, this would most assuredly be it!

Leaving the country vineyard cabin behind was tough, but I had to stay steadfast on my mission, to the archives or bust! I pulled into the parking lot next to an old building with a Croatian flag, the consistent symbol adorning the plethora of government offices I’d been to over the past several years.

The Archives in Varaždin

After managing to find a few people that spoke a little bit of English, one of them quite well, I was able to communicate what I wanted to the gentleman and take a sigh of relief because I was off the hook as far as language barrier, thank goodness. They explained to me that there were several possible stashes of archival books where I might be able to find information from my family. From the long list they picked out, I had a strong sense that I would never get all that done in one day and unfortunately it was a Friday and I was leaving for the coast later that evening. No matter… I would plow through as much as I could and see what I could find.

They took me up to a second level into a room with a really large wooden table with shelves of old books… was this the Croatian Hogwart’s library? I was given a pair of white gloves to put on so the oils from my hands wouldn’t damage the old, weathered pages. We discussed which book to bring out first and decided on the books from the Zagorje region. He left to get them from the library stash while I took obligatory selfies.

Accompanying him upon his return was an old, large leather-bound book with parchment pages. Definitely the most epic book I’d ever touched! He showed me the columns of information, what they meant, and how to look for the information relating to my family. It was like searching for a needle in a haystack… handwritten Croatian script writing of names, dates, and places, a sea of words and letters within which I’d have to recognize the names from my family tree.

Searching Through the History Books

I began to carefully turn the pages, scanning all the columns, one by one. It was quite cumbersome, yet intriguing, satiating a curiosity for knowledge and history. And then something really interesting happened… I started noticing patterns in the entries. I began to recognize other family names and their relations and their matching addresses. I was able to pull out little stories from the sea of writing. Turns out back then a lot of families lived on the same land, so there were addresses with several lines of a family listed as having been born there.

For example, there were two back-to-back birth entries, both boys born on the same day at the same address but different parents. Then I noticed the fathers had the same last name, and the sons had the same names as the other one’s father. So, what I deduced was two brothers that lived at the same address had their sons on the same day and they named their sons after one another. How endearing is that? Proof of the strength of family bonds in this region and the anchor that knowledge of one’s family ties has in this culture. There were several other really cool stories I pulled out while scanning the books, but that was the most charming to me.

Every 10 or 15 minutes I’d find an entry that I thought was related to me, but then we’d dig through the papers to verify and it would be disproven. As time ticked away, new books would be brought out, birth records, death records, marriage records, all from the various regions I requested. I painstakingly sifted through every page for clues, sometimes twice just in case, like a genealogical sleuth searching for the truth. The other workers mentioned that they were going to get a coffee and a bite to eat and they invited me to go along. I thanked them, but insisted that I stay, despite the fact that I hadn’t eaten, drank or visited the bathroom since 8 AM and it was now pushing 2 PM. They were impressed with my commitment and resolution, but I was committed to finding a shred of SOMETHING from my family history before their closing time at 4 PM. One of the kind gentleman agreed to stay with me and help search, he too knew I would never get through even half the books on my own, with his help, we could get maybe 75% of it done.

About 30 minutes later, we found something… an entry that seemed to match my grandfather’s mother. We didn’t know much about her or her parents, not even their names, so this would be a big find. Sure enough, we verified it, it was indeed her! A big sigh of relief as the time was coming to an end. With a fifth wind kicking in, fueled by this awesome find, I kept sifting through the books as fast as I could for as long as they’d allow me to stay there. And just before they were about to shut me down…bam! I found another entry… the name of my grandmother’s father, address matched, seemed to be the one… woohoo!!! (Note: later I was to find out that the second family record I found might not be correct, although the verification of that is still ongoing).

With a sense of success and achievement, we scurried down the stairs with the books in hand and over to the first guy I spoke to who had to verify everything and punch it into a program to generate a certificate for me to take home as proof of the family line. And just like that, the family tree was extended another generation back and I had the information I needed to dig around the archives in Zagreb. There are still more books to go through and more family lines to trace, so the search in Varaždin is not complete, I indeed shall return to those old books one day.

The Result: A Few Steps Closer to Identity

Before I left, I profusely thanked all of the workers that assisted me, especially the guy that helped me look through the books. He also gave me the names of the parishes in the regions I was searching so I could contact the priests and see if they have any additional information to offer. Apparently the churches in each region used to keep most of the records and that is how a lot of these books survived all the wars and flip flopping back and forth. Very cool, another trail to explore!

Although my journey is not finished, there was a big sense of relief leaving there with new information. My efforts had not been in vain and I was getting results. Finding one key opened another mystery that must be solved… I felt like I was on a scavenger hunt or in a Sherlock Holmes novel that revolved around my family tree. With each step back to my car, I could feel a stronger sense of who I was with pride knowing that I came from such a deep history and that I’d played an important part in uncovering some of it.

The following evening when I was in Dubrovnik, I had dinner with some friends who lived there. One was a local from Dubrovnik and we were talking about my quest when she kind of giggled. I asked her what was so funny about it and she said my story was so interesting to her because she never really thinks about her ancestors. “If I want to know anything, I would just go over that hill to the cemetery and find out everything I want to know. I just know they’re there, so I don’t worry too much about it”. When she said that, I knew why I had a burning inside to know who my ancestors were, and that was good enough for me to fuel the remaining quests.

In the future I intend to return to Zagreb and dig through those archives. I also intend to go back to Varaždin and see what else I can find. Once all is said and done and I’ve traced the line as far as I can, I plan to switch over to my paternal side and see what traces I can find in India, which will undoubtedly warrant it’s own posts when the time comes.

Perhaps this post will have a part 3 or 4, I’m not sure where the journey will go, and to me, that’s one of the most exciting aspects of this whole genealogical quest.